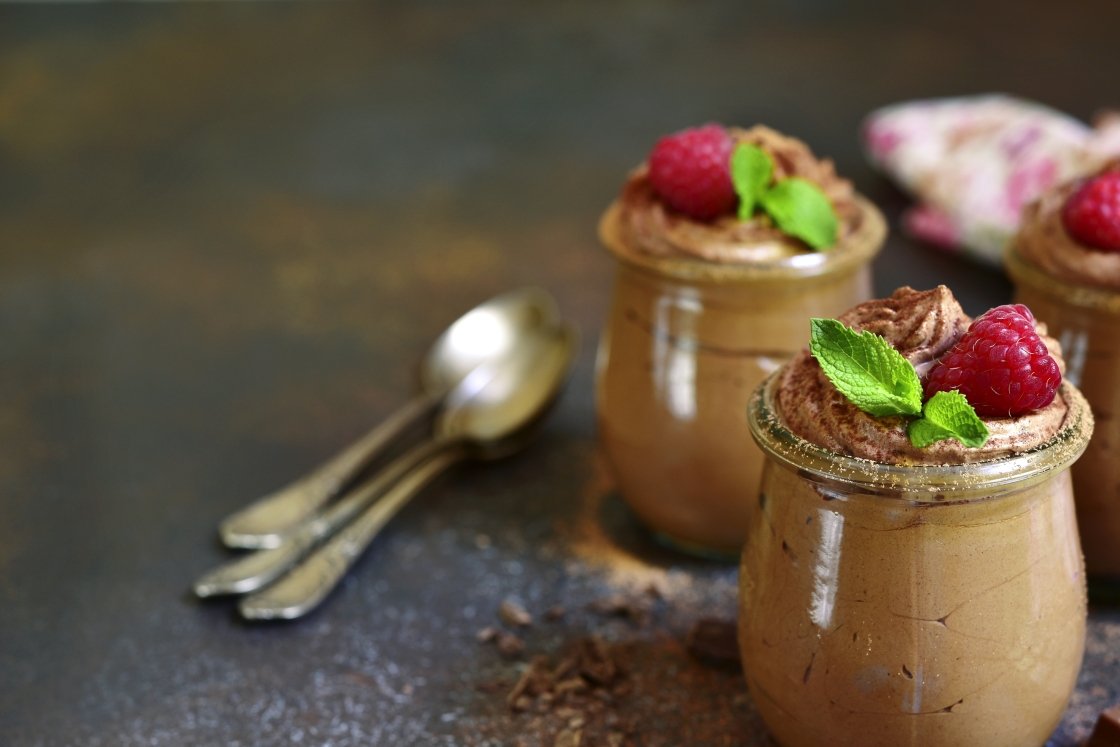 Chocolate. Most people like it. Scratch that, most people L. O. V. E. it. Me, I’m not a huge fan. I like it OK, but I can certainly do without it. But, if I’m going to be forced (LOL) to eat it, it’s going to be as a rich chocolate mousse, one that’s almost vegan (sans egg whites) and one that uses vegan chocolate that’s ethically sourced—which, as it turns out, is far more difficult to come by than one would have thought.

Chocolate is produced from the cacao bean, often referred to as cocoa, which is primarily grown in Western Africa. More than 70 percent of the world’s cocoa comes from West Africa, where children are often employed in harsh, unsafe conditions to meet the demands of the market. According to the Food Empowerment Project, the farms of Western Africa supply cocoa to international giants such as Hershey’s, Mars and Nestle. Cocoa is grown primarily as an export crop and accounts for 60 percent of the Ivory Coast’s export revenue, however, cocoa farmers earn less than $2 a day. SOURCE: The Borgen Project

So yea, like I said … if I’m going to eat anything chocolate it has to be ethically sourced and one way to make sure it is just that, is to look for the Fair Trade certified marking like the one on the amazing products produced by the Colorado-based company Chocolove. At Chocolove they make some super delicious flavor combos and you can easily find the bars throughout the U.S. So next time you hit the grocery, pick up a few bars and then try your hand at making this divine dessert that is impressive, and delicious.

Oh, as for the “almost” vegan part … yep, I used egg whites. What can I say other than it was me flexing those flexitarian muscles. Judge me if you must, it’s OK. I’ll get over it : ) Some vegans are rethinking eggs and adding them back into their diet, hence the coined label surfacing the “food and diet” world, VEGGAN. Get it? I hope so. Anyway, whether you choose to follow a 100 percent vegan diet or follow a plant based diet like myself and allow a little “flex” every now and then, these are a pretty damn good thing to flex your mouth muscles around (ohhh, that sounded bad).

PREP TIME: 10 minutes plus 1 hour to set in fridge

Melt chocolate in the microwave in a large glass bowl. Yes, I know. Traditionalists will use a double boiler but I find that a microwave works just as well. Once melted, stir in the cayenne pepper if using it. Set aside. In another bowl, beat the cream until it forms soft white peaks, about 5-8 minutes, set aside. In another bowl, beat the egg whites until they form soft peaks then slowly add sugar continuing to beat for about 2 minutes. Then using a whisk, fold in the egg whites to the melted chocolate, then add the cream. Cover as is, or place in individual serving dishes, and refrigerate for about an hour. Serve with whatever toppings you desire. Enjoy!

DISCLAIMER: Our recipes are just that, ours. Some are modified versions of dishes we’ve had elsewhere or old-favorites that contained animal proteins that we replaced with plant-based options, while others are a concentrated effort of trial and error. But all are intended to be altered by you and made to suit your tastes. So if you want more garlic or none at all, go for it. You do you ; ) Now for the serious part … periodically this site does offer health, nutrition and exercise information. The information provided is not intended as medical advice and is for informational purposes only. It is not a substitute for medical advice given by a licensed physician or other health-care professional. If you have any concerns or questions about your health, consult your physician and never delay obtaining medical or health related advice from your health-care professional because of something you may have read on this site. The use of any information provided on this site is solely at your own risk.

With all the plant-based options out there, it’s “almost” easy to make this “almost” vegan coconut cream pie : )

There’s some pretty crappy fake creamers out there, but this one is literally sooo delicious …

The best, easy recipe for plant-based, vegan, peanut butter cups everyone will love!